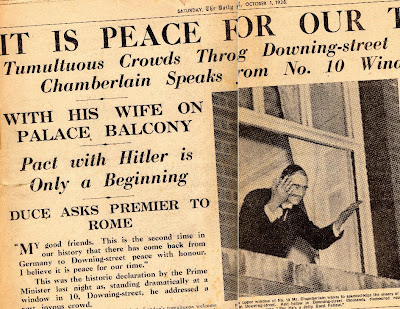 The Open Europe Blog has posted on a statement by the French Foreign Minister, Alain Juppé, which includes the following alarming claim:

“The dissolution of the eurozone is not acceptable, because it would also be the dissolution of Europe. If that happens, then everything is possible. Young people seem to believe that peace is guaranteed for all time…But if we look around in Europe there is new populism and nationalism. We cannot play with that.”

Those who would stop at nothing to save their precious Euro, are not in touch with reality; IT IS THEY WHO THREATEN PEACE BY WREAKING ECONOMIC HAVOC!

Read “Euro Area Fun and Games” by Pater Tenebrarum, linked here, just look at this one graph, illustrating the weird universe of non-reality now occupied by those who non-democratically control Europe:

ALL  THIS IS NOW TAKING PLACE WITHOUT ANY DEBATE IN ANY PARLIAMENT IN ANY OF THE 27 FORMER INDEPENDENT NATION STATES THAT MAKE UP THE PRESENT TYRANNICAL EU!

← The European Financial Stabilisation Mechanism
A Step in the Right Direction →

5 comments for “There’ll be no ‘Peace for our Time’ with this EU!”