Oooh, Jezza, you are in trouble now. It was one thing having a pop at the Prime Mentalist of Britain and his eyesight, though I felt the term ‘one-eyed Scottish idiot’ just served to identify exactly which of the 600 or so idiots was being talked about in case anyone didn’t catch the name, but how very dare you use a typically hyperbolic expression that only a attention seeking moron with a Pavlovian response to take offence to almost anything would take literally when talking about the heroic public sector workers.

Within hours, public servants had bombarded the BBC with more than 4,700 complaints, but Dave Prentis, the general secretary of Unison, took matters further. He said Clarkson’s “revolting” comments were “totally outrageous, and they cannot be tolerated”.

Or is it 4,700 out of the six million or so people in Britain who are either in the public sector or who depend on it for a living, making it well below a tenth of one per cent? Or should we go the whole way and just say that it’s 4,700 out of the 50 million or so adults in the UK, making it less than one per cent of one per cent. I suppose given the minority rule model of democracy practised in the UK and favoured by left and right alike, but I feel especially the left, acting on the wounded feelings of one person in every ten thousand seems almost reasonable.

Clarkson should be sacked by the BBC, he said, adding that the union was “seeking urgent legal advice about what further action we can take against him and the BBC, and whether or not his comments should be referred to the police”.

Britain having long since given up any pretence of free speech. Look, Dave, this is a phrase that’s been used by people in the same exaggerated style for decades. as pointed out in The Tele by James Delingpole.

… he was employing it as a figure of speech. I know this won’t mean much to half the morons who complained to the BBC yesterday, but the English language is an extraordinarily rich and nuanced thing. Sometimes, when the speaker says that someone should be shot, he really does mean it: if, say, it’s an officer giving orders to a firing squad about to shoot a deserter or a looter in 1915. More often, though, he doesn’t. For at least the last fifty years “they should be taken out and shot,” has been a socially acceptable, perfectly unexceptionable way of expressing colourfully and vehemently one’s distaste towards a particular category of unpleasantness, be it striking Unison workers, revolting students, poorly performing members of your football team or the Lib Dem members of Cameron’s cabinet. Context is all.

And calling in the police? For heaven’s sake, Dave, do you have any idea how ridiculous that looks to people in the real world? If Clarkson had control over people who both had the means to take strikers out and shoot them and were willing to do it then maybe, just maybe, it might have been incitement. But Clarkson doesn’t control the judicial system, police and military, does he? He doesn’t even control what he describes as the pokey little motoring programme of which he’s a third of the presenters, much less its entire fan base – very few of whom in the UK would possess guns and even fewer of whom would think his comments were anything more than his usual over the top style.

It’s not a crime, Dave – no, not yet even in non-free speech Britain – if no rational person would take it seriously, and on that point what does it say about you and the 4,700 complainers that you do seem to take it seriously? I mean, if they really think a right wing bigmouth like Clarkson would mean it when he says he’d have people shot and could follow up on it would they themselves be dragging people into the street if Ed Milivanilliband had said it?

And now before I go any further, a mandatory blog warning in the spirit of regulations that don’t yet exist but might one day. Readers with recent surgical stitches may be advised to look away now. 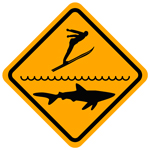 In a rant worthy of Clarkson himself, Mr Prentis suggested children watching the programme “could have been scared and upset by his aggressive statements”.

Dave, are you that desperate to score a point or are you actually clinically delusional? Look, this is how the BBC describe The One Show: “Magazine show with topical reports, features and interviews from around the UK.”Do you really think any child of the narrow age group that is old enough to understand what was said but too young to recognise it as nothing more than exaggeration for cheap laugh (which of course was the reaction it got in the studio, and is probably the kind of thing that helps children learn what not to take literally) would be watching? I don’t mean in the room at the same time it was on, I mean looking and listening and paying attention to the content. I’d suggest the number to be hovering right around zero with even less remembering it by the next morning, though I’ll concede that there might be a few whose heads were turned to the TV by loving but very PC and extremely fucked up parents who whispered, “That nasty man on telly says he wants to take mummy and daddy away from you forever.” They might still be upset because some tool of a union boss keeps bloody going on about.

Seriously, Dave, this is almost the right-on version of Godwin’s Law. “Won’t someone think of the chiiiiiiiiiiiiiiildren” is the last refuge of a scoundrel, and when someone resorts to it it’s a good sign that their argument holds less weight than a paper bag that’s been left in a puddle of piss for a month and won’t smell much better. For that reason alone I think Dave Prentis loses any credibility and forfeits the argument.

We could call it Lovejoy’s Law. 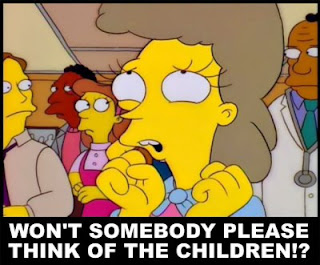 ← Close Enough For Government Work..?
Complain and be heard →

Mid-August and STILL Brexit is nowhere near – why?  All we’re getting is £3,200 fines for not wearing a useless mask and no attempts whatever to stop the illegal invasion.