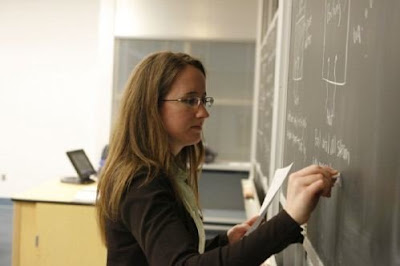 If a system is ailing, you don’t give it more of the same – even Shakespeare understood that principle.

In essence, the ‘professor’ says that children are capable of making educational decisions themselves from an early age. He calls himself a child psychologist and he has bits of paper to prove it. Hell, even Jonathan Swift’s professional was officially qualified, extracting sunbeams from cucumbers.

There’ve been many articles on the academic mafia who toe the Rockefeller Lincoln School Wundtian line and the so-called research they always quote as authoritative is the research which is allowed through the filter. As long as it is compatible with the narrative, it’s allowed through. If it’s not, it’s marginalized and discarded, along with its presenter. Curriculum branches are all powerful in education.

This man is all powerful.

Also in education, all know of Bloom’s Taxonomy – it’s been the bible of educators for years and just like Brewer’s Dictionary of Phrase and Fable or Webster’s Dictionary of American Language, it has never been seriously challenged by anyone whose study actually made it to the journals. I used the word “seriously” and by that I mean that the debunking of the man has never seen the official light of day. It’s not allowed to because it would remove the underpinning of today’s educational principles.

And the journal editors were never going to challenge that which they’d been pushing themselves. That’s how the system feeds on itself.

As you can see in those links, he and his system have been very much challenged. But if you went to Google to look the man up, he comes across as a just another dry academic, an authority who uses big language to establish his tome as the bible. So brainwashed by it are most teachers that they’ll simplistically react to criticism of Bloom thus:

Unfortunately, some have jumped on the political correctness band wagon and have confused their opinion with the facts by taking the means of expressing qualitatively different kinds of thinking and calling it ‘nothing less than the promotion of socialism.’

Yes, that’s right – it is socialist, as is confirmed further on in this post. Check the second Bloom link above, where it’s explained in detail why. His Wiki entry has three lines on his biography. Now, for such a major figure, why would that be? Why is there no “Bloom then went to Vienna where …” Truncated biographies of major figures are always questionable.

Note that Bloom, as an American academic, lacks universal approval of his constructs.[citation needed]

Lacks universal appeal? Oh my goodness – that’s calling B52 bombs “peaceful purposes”. You see what I mean – the authorities who don’t approve are not quoted. The links on Bloom above and the one at the foot of the post take him apart, that’s why and the Wiki writer on Bloom does not want him addressed critically at all because the purpose of Wiki is quick grabs at the facts on something/someone, not meant to be questioned by the novice, the layman. Doesn’t every major figure in Wiki have a “controversy” or “criticism” section?

This is the subtlety of the left.

That’s the thing with conservatism – it’s always on a hiding to nothing because it seeks to preserve the workable and good – if it ain’t broke, don’t fix it – and there’s a certain complacency among us that it’s self-evident how things should be and thus we can’t conceive there are sick minds working to bring society down.  Yes, we all knew of commies and all that and had a vague idea universities were hotbeds of leftism but surely respected professors were not actively working to bring down the west?

It’s difficult to match the leftist hive mentality in defending conservatism because essentially – what is conservatism but a general feeling that the workable and good should be preserved?  It’s not a campaign or project in itself.  Also, as one doesn’t always know from where the attacks will come and how subtle they’ll be, the leftist subverter has all the advantages.  He plans his campaign [Frankfurt School] and implements it.  By the time the conservative wakes up, eventually followed by the rest of the community, the new orthodoxy and the faux outrage at “reactionary bigots” is in place.

So it is with Bloom. Also the NEA:

Reporting to the annual NEA meeting in 1935, Willard Givens (soon-to-be executive secretary) wrote: “…many drastic changes must be made…. A dying ‘laissez-faire’ must be completely destroyed and all of us, including the ‘owners’, must be subjected to a large degree of social control…. The major function of the school is the social orientation of the individual. It must seek to give him understanding of the transition to a new social order.”[2] Samuel Blumenfeld.

There’s been so much written about the dumbing down of education in the U.S. and the UK, even on my site:

– [teachers] imparting which values
– Wotchoo lookin at, eh?
– [how well educated are you] conclusions
* [education 2] explanations for the dumbing down
* [education] the deliberate dumbing down of the west
– School children forced into sex
– Children disconnected because parents were disconnected
– Paedophilia rings and schools
– Plight of children 1
– Homeschooling
– No one is supporting the fundamental right of a child
– Sciences versus humanities
– Groupthink spreads through the UK like a cancer
– OFSTED – the fish rots at the head
* The historical roots of the dumbing down
– Academies an attempt to stem the torrent of dumbness
– All must have prizes
– Knowledge
– Things every child should know
– Some reasons for the current state of education
– Just how bad is education now?
– Education, as we know it, has lost the plot

I’m well aware of the left-liberal attacks on this woman in the clip but she was nevertheless there and saw what she saw. She speaks of Bloom at one point [5:32]. If you can spare this 9+ minutes, it will reward you:

For those who can’t spend the time on the clip, consider this – did you think that teachers, at teacher training institutions, were taught methodology in terms of how to develop Reading, wRiting and aRithmetic?   You did, didn’t you?   You envisaged student teachers sitting in the lecture room and learning how to teach those, then going out and applying what they’d learnt. Well, here are the principles/methodology which the bible teachers accept as gospel says they should be pursuing:

In his book, All Our Children Learning, Dr. Benjamin Bloom (called “the father of Outcome-Based Education) wrote that “the purpose of education and the schools is to change the thoughts, feelings and actions of students. [10]

To change thinking and beliefs, away from parents’ prying eyes. What did you challenge at school today, Billy? It’s actually taught to every student teacher by teacher training colleges and has been so for decades. Note that it was not to “discuss” but to “challenge” – “challenge” was the word used up front.

And we ask what’s happened to education, throwing up the hands in despair when we can’t pinpoint it.

For the lay person, it’s easier to understand what’s been going on behind your backs all this time from these snippets and please remember this is a former prep school head writing this post now and these links are to educators:

If you look at no other link, that one now about research is eye-opening and is the basis of the malaise which now afflicts schools. Was it fad, incompetence or planned to have this outcome? That’s in your court to decide.

My fear is that 1. this post was too long and 2. my name as author will put people off. Pity, as those who have waded through all this will have seen something worth seeing.

7 comments for “The people who wreck education”