If you answered ‘This’, congrats! 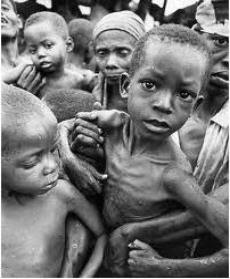 If, on the other hand, you read this headline in the ‘Evening Standard’, you could be forgiven for wondering if it was still the 1st April:

Because it now seems that the new definition of ‘starvation’ is this: 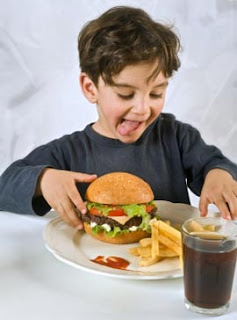 At least, according to Camila Batmanghelidjh, founder and chief executive (and inveterate self-publicist) of charity Kids Company:

“We are struggling to cope with the scale of this silent epidemic of hunger. More than 60 per cent of the 2,000 children we help every week tell us there is no food at home and 85 per cent rely on us for their main meal of the day.”

Hmmm, let’s hear some case stories, shall we?

On a visit to their Kenbury Street site in Camberwell, the Standard saw 250 children hunker down to a lunch of barbecued chicken, hot-dogs, salad and coleslaw.

Among them was 10-year-old Alex who said: “I come here every day after school for my main meal. I come because I like the food, and because I used to go hungry at home. I’d get really, really hungry. I’d tell my mum, Why can’t I have a hot supper like the other children?’ Often I had to make a sandwich for dinner or eat biscuits.”

A sandwich for dinner’s not ideal. But it’s not ‘starvation’. And more to the point, it’s not conclusive proof that Alex’s mum can’t afford to feed her child, either. Maybe she has other priorities?

Kids Company key worker Lee Anderson, 41, said that the conditions they found some children living in was “frankly inhumane”. “I work with a 10-year-old called Chris and his two older brothers, both of whom have lost their four adult front teeth due to extreme malnourishment. They live with their mother since their alcoholic father was jailed for domestic violence. I will never forget when we visited their house because it took four of us nine hours to clean up just the kitchen. We found dog faeces in the cupboards.”

Now, unless they had a really, really bad computer mix-up at the on-line grocery order that day, in order to have dog faeces in a cupboard, wouldn’t you also have to have a dog?
How could you afford to feed it (given that, if faeces were produced, you have to have fed it!) and not your kids?
And is ‘starvation’ the reason for keeping the sort of house where you have to wipe your feet after you leave?

Oh, and little Chris wasn’t starving at all.

“The only food Chris ever ate was McDonald’s and fizzy drinks. Over the months, we have changed his eating habits and we’ve started to see a change in his behaviour.”

Well, that’s nice to know, and I’m sure you believe you’re doing good, but perhaps, the next time you look at your income tax bill, you might just start to wonder why so much of your money goes in tax to support a welfare state that can swoop on innocent parents while apparently not caring too much about living conditions that would make a pig gag…

Ms Batmanghelidjh called on the mayoral candidates to try to imagine life from the point of view of a desolate child. “The poorest children in London don’t have a voice. I’d like to see Boris and Ken urgently address this issue in their election manifestos. We have a collective responsibility to make sure every child in London always has enough to eat. This is a basic human need and a basic human right. And it is something we can solve as a society, if we want to.”

I’m afraid I disagree – the feeding of children is their parent’s responsibility, not mine. My responsibility is limited to paying tax to fund the welfare state.

If that’s not working as it should, don’t come to me for extra money to plug the gap. You won’t get it. I’m hardening my heart.

← You have to be kidding me…
Becher’s Brook →

10 comments for “Question: What Is ‘Starvation’?”