What do you know about the PSN connectivity?

OK, how about this one?

Local authorities and organizations in the U.K. have until March 31, 2014 to obtain Public Services Network (PSN) connectivity and become PSN compliant in order to retain access to GSi Convergence Framework (GCF) Services like secure mail relay, collaboration tools, and access to shared data resources. This infographic shows how to use SafeNet Authentication Service to make this transition easier. 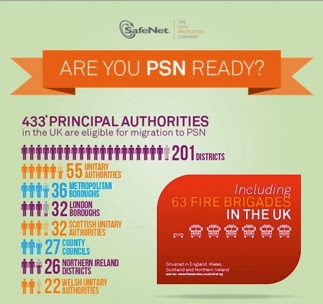 Anything wrong with that?   Ian PJ points out that this is being handled, not by a British company but by an American company based in Maryland.

Still anything wrong with that?

In 2006 SafeNet got caught up in the options backdating controversy. As a result both the Chief Executive Officer and the Chief Financial Officer resigned and in 2008 the company’s former CFO was sentenced to six months in prison for manipulating employee stock options.[6][7][8]

And as for Capita, no need to mention its various alleged scandals – see Private Eye for those.

← The Cold War, the Muslim Brotherhood and what happened next: part 2
You’ve Been Warned… →