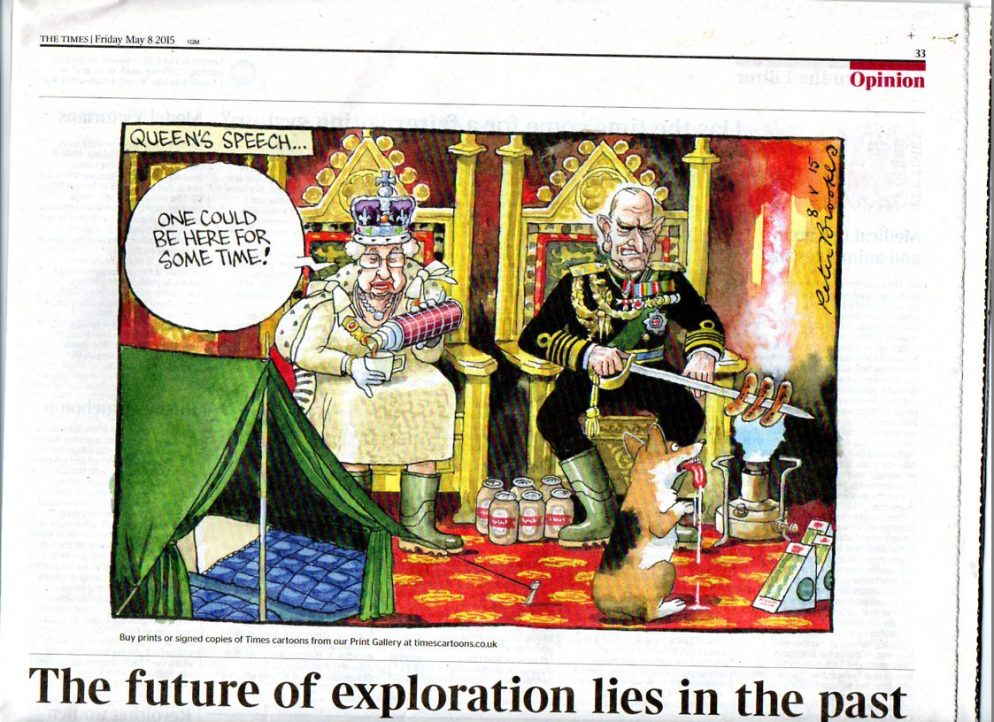 What other County on this planet has a Queen, a constitutional monarch who has conducted herself with decorum, with dignity, with true honour, who has seen twelve Prime Ministers in the sixty years of Her Reign; and who can also expect to have a cartoon literally ‘taking liberties’ with the Royal Person on the morning of a General Election?

Truly a wonderful country, despite the drawbacks of its political and voting systems; but most of all for the sheer luck of having Elizabeth 2nd as our Monarch!

h/t to The Times for the cartoon

← “Why Don’t You Trust Me? I’m A Faceless Unaccountable Bureaucrat!”
Relief at last: the end of polls — for now →