‘…nothing to see here, move along…’

Banker Greg King, who was walking with his friend Georgie Sheard in the area, claims he was the first person to call the police after nearly being hit by the vehicle.

The 22-year-old told MailOnline: ‘A black Toyota came ploughing straight towards us and the crowd. I heard tyres screeching and a lot of screaming and then a massive smash which was him hitting a sign and the glass falling.

‘He then swerved and went smashing into the silver car on the other side of the road which stopped him.’

Timothyna Duncan, a 23-year-old Imperial College student from the USA, told MailOnline: ‘It is very chaotic, and there are many police here and they seem confused about what is going on.

‘They just don’t know what’s happening and are scared that it is a terrorist attack. Some people in the area are a bit tense and they are leaving their houses.’

Some people aren’t convinced by the official explanation:

Cab driver Simon Stylinaou said…’It was obvious to me that it wasn’t an accident as it was a pedestrianised zone and cars should have been going along slowly anyway.

‘Then the minute someone had him on the ground he wasn’t saying anything or struggling. He’d be shouting if it was a mistake.’

Others report he did indeed find his voice at some point.

Witness Katie Craine said she was coming out of the museum when she saw a man in handcuffs pinned down by police near a damaged car.

‘He looked really proud of himself,’ she said. ‘He was laughing.’

And it’s odd that the PM & Leader of the Opposition find time to comment on this ‘traffic accident’, isn’t it?

Downing Street said that Prime Minister Theresa May was being kept up to date with developments.

Labour leader Jeremy Corbyn tweeted: ‘Very concerning reports from outside the Natural History Museum. My thoughts are with those injured and our thanks to the emergency services.’ 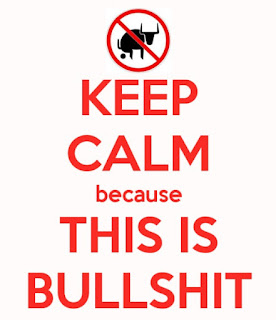 ← Nation
So, you have applied for a job with Southwark Council. →

5 comments for “‘Just A Traffic Accident’…”