Police were called to have a butchers at a blackboard after a member of the public found the risqué advertising messages offensive.

Ho hum. But this time, the shopkeeper refused to be cowed.

Butcher Pete Lymer has been told by officers to tone down his slogans in the future, reports Stoke on Trent Live – so his latest one offers to tenderize customer’s rumps before they leave.

Heh! Good for you!

“Last month a lady from the police came in and asked if we could pull our sign in. And a bobby came in last Thursday. They’re just doing their job so I’m not annoyed with the individuals.”

Well, you should be. Because when approached, what was their response? Hint: it wasn’t to come clean.

A Staffordshire Police spokesman said: “We’ve received no complaints about signage outside J W Ash and Son butchers in Leek.

“However, the local Chief Inspector for the Moorlands did advise the owner to give careful consideration to what was written on the boards in case anyone took offence.

No other action has been taken.” 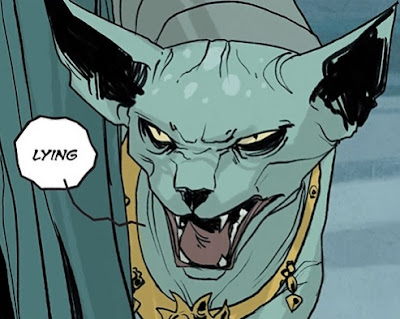 ← Freedom march
Fisheries are a pointer to the wider treachery →