At least five people who never lived in Grenfell Tower are still being looked after at the taxpayer’s expense more than one year on from the tragedy.

Yes, that’s not a misprint. They never lived there. They were just visiting.

The people, who are not known to each other, said they were visiting friends, partners or relatives at the tower on the night of the fire on June 14 last year.

So what? Why the hell should you be entitled to support? You’ve lost nothing!

One, who has lived in a hotel for much of the past year, said he was ‘affected like everybody else’ despite not being a Grenfell resident. 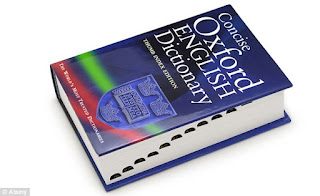 Look up a few of those words. They don’t mean what you think they mean.

The individuals applied to the Kensington council for help with housing, claiming they were unable to return to their homes because of what they had witnessed.

How can any council swallow this?

The five belong to a wider group of around 30 people who were not official tenants but are also still being looked after by the council. However this wider group is made up of those who were unofficially living with partners, friends or relatives, or were sub-letting from named tenants. It also includes those who have said they were sleeping rough in communal areas of the tower.

And no-one checks? Well, why should they? It’s taxpayers money. And there’s a seemingly inexhaustible supply of it.

A spokesman for the Royal Borough of Kensington and Chelsea said: ‘Our absolute priority has always been to help first – it is only right we do so when people are faced with such extreme trauma.

‘We will always err on the side of caution and assume all those who come to us for help are genuine.

‘Where we have doubts, they are investigated and cases of fraud have been, and will be, rooted out and dealt with’.

What the hell do you class that as then, if not fraud? How many dictionaries should I send?

9 comments for “This Is Why Immigrants Flock To Us…”