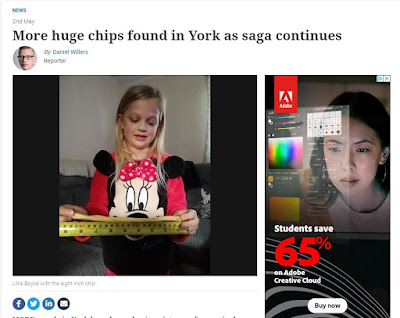 More people in York have been sharing pictures of excessively large chips that they found with their tea in lockdown.

Lillia Boyce, aged six, had an eight-inch chip in her take away tea on Friday night.