According to a report from CNET, engineers successfully convinced Twitter to nix the terms ‘master’ and ‘slave’ which are commonly used in programming language to describe the interaction between different processes.

I thought engineers were usually pretty sensible people who eschewed this sort of grandstanding histrionics?

The policy shift and subsequent call to change insensitive language was prompted by an email sent to employees titled, ‘automatic slave rekick.

Regynald Augustin, a Black programmer who works for Twitter, started the efforts at the company and told CNET, ‘…with ‘rekick’ – I was madder than I ever thought I’d be in the workplace.’

Ah. Another success for the affirmative hiring processes of US companies, clearly…

CNET reports that Augustin and fellow engineer Kevin Oliver have also advocated for transitioning out of using other terminology that might be considered racist or sexist as well.

That includes changing from ‘man hours’ to ‘person hours,’ instead of ‘blacklist’ using the word ‘denylist,’ and changing ‘grandfathered’ to ‘legacy status.’

Oh, well. I’m sure nothing bad will come of it. 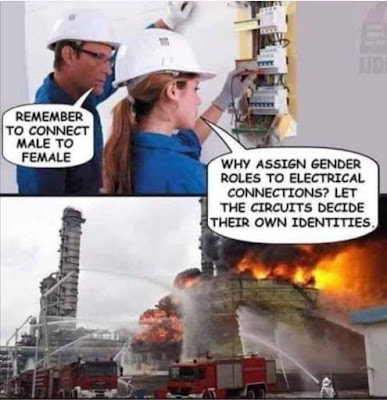