Goya became the target of a consumer boycott after CEO Robert Unanue praised the president at a Hispanic event at the White House on Thursday last week.

Trump tweeted the next day about his “love” for Goya, and his daughter followed up late Tuesday by tweeting a photo of herself holding a can of Goya black beans with a caption that read, “If it’s Goya, it has to be good,” in English and Spanish.

And the cancel culture cheerleaders are screaming ‘FOUL!’…

“Only the media and the cancel culture movement would criticize Ivanka for showing her personal support for a company that has been unfairly mocked, boycotted and ridiculed for supporting this administration – one that has consistently fought for and delivered for the Hispanic community,” White House spokesperson Carolina Hurley said.

“Ivanka is proud of this strong, Hispanic-owned business with deep roots in the US and has every right to express her personal support.”

And her father promptly showed just how little regard he – rightly – has for these modern-day blackmailers:

Trump himself appeared to back up his daughter on Wednesday by posting a photo on his Instagram account showing him in the Oval Office in front of various Goya products arrayed on his desk. 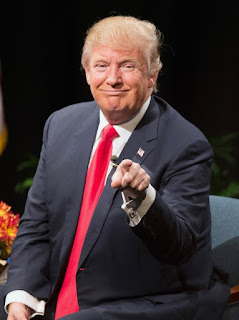 See, corporations? If you stand your ground and fight back, the bullies of cancel culture can’t win.

← We’ve never had it so good?
The trail of accidents and suicides →